in the still of the night in the quiet of the storm take a look around… and tell yourself that nothing will ever bring you down again. something big is happening can you feel it… More

it’s the monday giggles… New Year’s resolutions abound. Less of this! More of that! Here’s what I’ve decided upon… hugs n’ blessings for less running-around and more laughing! 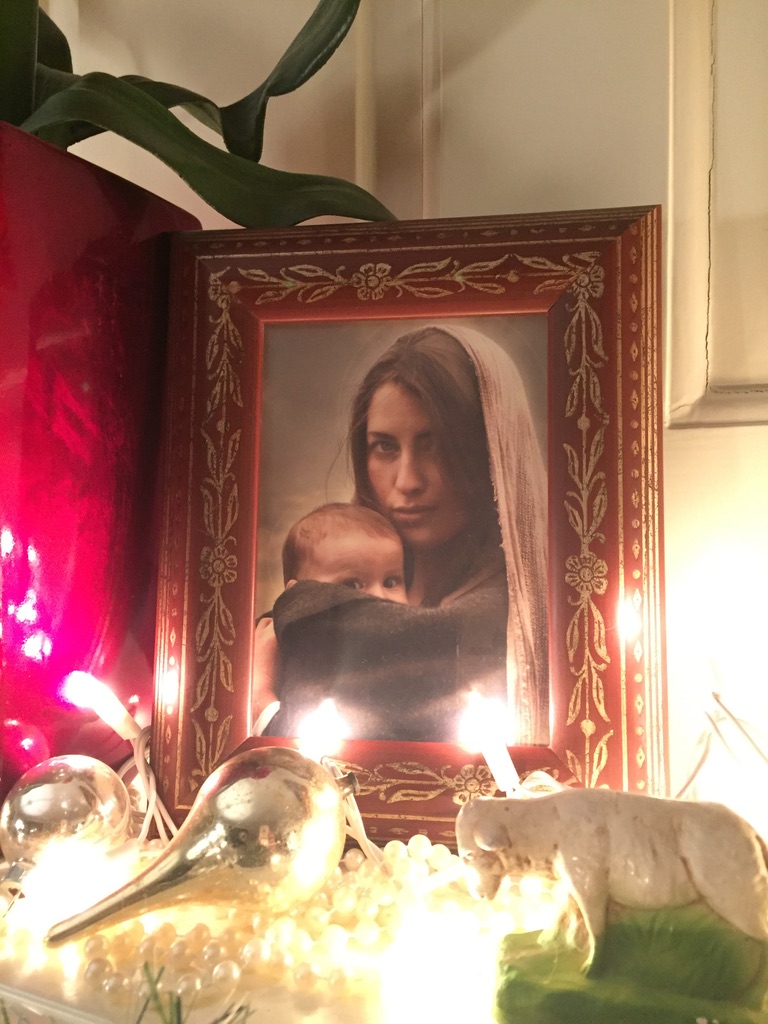 “May the Star of Bethlehem, which shone down from above, keep shining in your heart and in the hearts of those you love.”

Mary has her baby.

Born of God and Mary, he is Emmanuel, “God with us.” Immediately, God begins to reveal the Son who is destined to become king, a ruler to shepherd God’s people.

First the Shepherds, tending to their sheep, come and watch over him. Then, overjoyed, the wise men find him in Bethlehem and kneel before the baby.

Let me come and worship, too, Lord! Here is my heart.

In the time of King Herod, after Jesus was born in Bethlehem of Judea, wise men from the East came to Jerusalem, asking, “Where is the child who has been born king of the Jews? For we observed his star at its rising, and have come to pay him homage.” When King Herod heard this, he was frightened, and all Jerusalem with him; and calling together all the chief priests and scribes of the people, he inquired of them where the Messiah was to be born. They told him, “In Bethlehem of Judea; for so it has been written by the prophet:

‘And you, Bethlehem, in the land of Judah, are by no means least among the rulers of Judah; for from you shall come a ruler who is to shepherd my people. Israel.'”

Then Herod secretly called for the wise men and learned from them the exact time when the star had appeared. Then he sent them to Bethlehem, saying, “Go and search diligently for the chid; and when you have found him, bring me word so that I may also go and pay him homage.” When they had heard the king, they set out; and there, ahead of them, went the star that they had seen at its rising, until it stopped over the place where the child was. When they saw that the star had stopped, they were overwhelmed with hoy. On entering the house, they saw the child with Mary his mother; and they knelt down and paid him homage. Then, opening their treasure-chests, they offered him gifts of gold, frankincense, and myrrh. And having been warned in a dream not to return to Herod, they left for their own country by another road.

Ironically, the mysterious wise men learn the infant Messiah’s location from Herod, the chief priests, and the scribes – all of whom would sooner or later seek to kill Jesus.

Like a Shepherd, God guides them by the star to the place and later by a dream guides them, so they do not return to Herod.

hugs n’ blessings for those trusting in the One who shepherds His people.

*photos in this post created by talented photographer Kristyn Brown, the Saints Project.

*featured photo is my own personal copy of Kristyn Brown’s print entitled, the Solemnity of Mary.

*Today’s post comes from a beautiful reflection in the Be Still Devotional written by Lisa Brenninkmeyer. You can continue to follow along with these daily devotions on the Hallow app or by purchasing a copy of Lisa’s book through her organization Walking With Purpose.

“Then Herod, when he saw that he had been tricked by the wise men, was in a furious rage, and he sent and killed all the male children in Bethlehem and in all that region who were two years old or under.”

Herod had paid attention to prophecies of Jesus’ birth, but instead of responding with worship, he felt threatened by this Jewish king. When the wise men didn’t tell him who or where the baby was, Herod had all the male children in Bethlehem and in that region age two years old and under murdered.

The Catholic Church remembers the loss of these precious children on December 28, the Feast Day of the Holy Innocents.

It’s a horrific scene to imagine, and something we might want to turn away from. Focusing on the massacre of babies, most especially during this time of year, is the opposite of bringing Christmas cheer.

But the Church insist that we not look away.